Emergency Dentist: Knowing When to Call

A Hidden Problem: Toothache Under a Dental Veneer

Dental veneers are a cosmetic treatment that will keep your smile looking fantastic. But perhaps your smile doesn't feel quite so fantastic these days. Your veneers still look great, but one of your teeth has begun to feel uncomfortable. Toothache is still possible even when the tooth in question is seemingly safe beneath a veneer.

You might have had multiple veneers attached to your teeth to improve the look of your smile. You could only have a single veneer when the tooth had an imperfection that couldn't be corrected using other methods. A small amount of the tooth's surface material (its enamel) was removed to accommodate the new layer. The tooth-shaped and coloured porcelain veneer was then cemented to the tooth's outward-facing side.

Because a veneer is only attached to one side of the tooth, its use is cosmetic, instead of also being restorative. For example, a dental crown fits over the whole tooth, restoring a broken or damaged tooth's strength and appearance. A veneer only really changes the look of the tooth, which is still important.

This breach can allow bacteria and other potentially harmful contaminants to attack the tooth. Because this is still beneath the veneer's porcelain surface, it's not as though you can keep the site clean with your toothbrush. It's possible for tooth decay to occur beneath the veneer, with the surface of the veneer actually concealing the fact that it's happening—the problem is hidden. Your toothache might be the first warning sign.

Consult your dentist, because they'll need to take a closer look beneath the surface of the veneer. An x-ray might be recommended, otherwise, the veneer will need to be removed. In most cases, removal will be needed for treatment, which isn't intensive. Your dentist will simply fill the cavity before re-cementing the veneer. Delaying treatment is potentially dangerous, since the tooth's decay can advance to the stage where a simple filling won't be enough, and then your veneer will need to be replaced with a more comprehensive restoration, like a dental crown.

In short, toothaches should never be ignored, and this becomes all the more important when the surface of the tooth is hidden beneath something like a dental veneer.

Reach out to a local dentist to learn more. 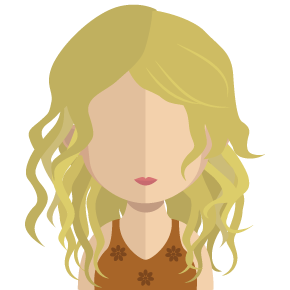 Some dental pain can be put to rest with an over-the-counter pain killer or a antibacterial rinse, but other issues should not be ignored. One of the hardest parts of having teeth is knowing when to call for help and when to take care of it yourself. If you have a cavity, pain in your gums or any other issue, this blog is designed to help you tell the difference between an emergency or not. Although I'm not a dental professional, I am a mum, and one could argue that's the next best thing. I've nursed my kids through chipped teeth, agonising cavities and other emergencies, and now that they're grown, I created this blog to help "nurse" you through your emergencies. Thanks for stopping by!